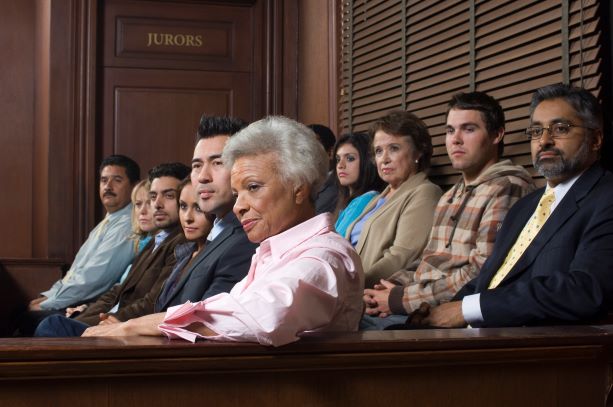 This guest post was authored by Matthew G. Finley, a trial attorney at The Law Office of Steven Barnette.

Oftentimes when studying the practice of law, we treat concepts as if they are foreign, as if a jury trial is an archaic lost language requiring us to state our claim just so 12 individuals bend a certain way. This misses the most important point about those jurors: jurors are people, and people, when it comes to the law, enjoy stories.

A brief survey of Netflix and the unending legal documentaries proves the point, but the psychology is more complicated. Stories are ingrained in our DNA from oral histories to the modern entertainment industry. And you would be right to wonder whether all those stories have anything in common. What they have in common, the thread, requires us to briefly discuss two individuals, Joseph Campbell and Carl Jung.

The Hero’s Journey and Jungian Archetypes, as Seen in Star Wars

The Hero’s Journey, also referred to as the monomyth, was coined by Joseph Campbell in the field of comparative mythology. His book The Hero with a Thousand Faces describes the Journey as composed of 17 stages. Rather than list them, we will summarize. It is broken into three parts, the departure, the initiation, and the return.

The departure exists in the realm of what’s known to the hero, but some event forces him or her to make a choice: enter the unknown or stay. This usually involves an initial refusal (Luke Skywalker says no thanks to Obi Wan until he finds his aunt and uncle murdered). Nevertheless, the hero is forced over the “threshold” into the unknown and onto “the road of trials.”

This step begins the second part, the initiation. This takes many forms and many authors and storytellers will tell you, it is either the most difficult or the most boring section of the story if done incorrectly. That’s because it’s the middle, Aristotle’s second act. It involves all the trials and tribulations that lead to the climactic action, the loss of hope prior to regaining it on the downswing (Mos Eisley cantina, hiring Han Solo, the destruction of Alderaan, rescuing Princess Leia, up to the very clear turning point of Obi Wan’s sacrifice). What should be pointed out is that while the action is high, the hope may be low. The characters are in the midst of something potentially hopeless.

The final step is the return. This is not always easy. The hero must survive the “impact of the world,” using what he gained through his adventure (rescuing Princess Leia thrust Luke into the reality of the universe, civil war). The hero must use the wisdom gained to become what Campbell called the “master of the two worlds” (Luke uses the force to deal a devastating blow to the Empire, affecting the greater world he has returned to), and leading to an important conclusion. The hero is better than when he left, he has gained wisdom, a “supernatural trophy.”

The monomyth built upon and was influenced heavily by Carl Jung’s analytical psychology regarding archetypes. This thought process being that every person fits into one of several forms, and thus every character fits into one of those forms. This is a complicated analytical philosophy but for example, Luke is a hero, Obi Wan is a mentor, and Han Solo is a joker.

Application to Law; the Stories Told in the OJ Simpson Trial

After sticking with me through my side passion, you are likely asking yourself, “what on Earth does this have to do with law?” The answer is the monomyth applies to any story that captivates audiences. And if our goal is to captivate our audience and give them a hero they can cheer for, it has everything to do with law. I will illustrate this with the OJ Simpson trial.

In many ways the OJ Simpson trial was a prosecutorial failure, not simply because the prosecution lost but their presentation was clearly a symptom of a “slam dunk” mentality. As a teaching tool it’s wonderful. I believe the prosecution made several procedural missteps, but we’re going to focus on their story.

The prosecution opened its case with an entire statement focused on OJ Simpson. The only mention of Nicole Brown by Christopher Darden was that she was 18, waiting tables, had a roommate, and was shrouded in obscurity. Then into testimony. The prosecution opened with a 911 call from Nicole Simpson, in which she complained of potential domestic violence. She was later found to have been beaten and hiding in the bushes when detectives arrived. This begins the case characterizing Nicole as a victim. They followed this with an LAPD officer testifying to OJ’s statement about having dreams about killing Nicole, and then Denise Brown, Nicole’s sister, testifying to domestic violence in the 80’s, not Nicole the person. The prosecution’s penultimate witness was Nicole’s mother, who did not testify to her daughter as a person, but most notably about the funeral.

Compare this strategy to that of the defense. Cochran, Dershowitz, and Shapiro specifically painted OJ Simpson as the hero of the story, a man attempting to overcome racial profiling, a biased investigation, and personal demons. The story as I see it:

OJ was thrust into a world to which he did not belong. The mother of his children was murdered along with a potential lover, Ron Goldman. This sparked an invitation for him to confront his demons. His life had not always been easy, had been plagued with the evils of fame, the numbing he engaged in, drugs and alcohol. When he became the suspect of the investigation, it came to a head and his trials began: he refused, he ran, considered suicide, and led the police on a “chase.” The middle part of this story was still being written, in part by the prosecution: the trial itself, the villainizing, the investigation, the loss of hope. But a mentor, the Jungian wiseman, Johnny Cochran, would lead him through this ordeal, allow him to overcome the villains of the LAPD and the LA District Attorney’s office. The ending and the resolution was written by the jury and that ending flowed so naturally from their story.

In your own case, you have an obvious protagonist in your client. In preparing that case to be presented to a jury we need to find their story. Is it over, or is it being written? There is another aspect to be discussed here in finding those stories in your client and witnesses. I would certainly recommend Harvesting Witness Stories by Katherine James for a glimpse into this practice.

When we talk about beginnings, the reason I harp on openings and witness order is because of what Blake Snyder called the “Save the Cat” moment. Early on, your protagonist must have some kind of redeeming quality to grab the audience’s trust. Who are they? Where are they from? What do they value? And what if anything have they done to prove that? This is where harvesting stories becomes extremely valuable. How can you exemplify your client in one or two anecdotes plus a reasonable-length introduction to their background?

Many attorneys then focus heavily on the event itself. In most cases, the event itself is merely the thrust of the invitation to that second act (Homicides for the prosecution are an exception because while a homicide has family and community ripples, it is more like the climax of the story still being written. Trial being a third act resolution). This depends on what kind of case you’re trying and how much lead-up there is. The event can either be the first turning point, or the climax within the second act. This is not to say the description of the event cannot be powerful and detailed. It should be, but in framing your story, you must know its place to know where you’re going, where you’ve been, and what a juror needs to complete the story.

Returning back to life and how life has changed is the obvious next step. If you practice personal injury, I’m talking about the tail end of treatment or any future damages that may be expected. Your client has returned to their life, but we must answer not only the question how is life different, but what has your client learned? What has renewed their hope? How have they grown?

None of this is to say the story in front of you is compelling or good or will survive the scrutiny of a jury. That is more of an indictment of your case itself. But storytelling is a necessary part of our job. While they’re not all blockbusters, every person has a story personal to them. Your job is to make it compelling to the jury. Luckily, the job of compelling stories has been practiced for thousands of years, so attorneys may as well pay attention. 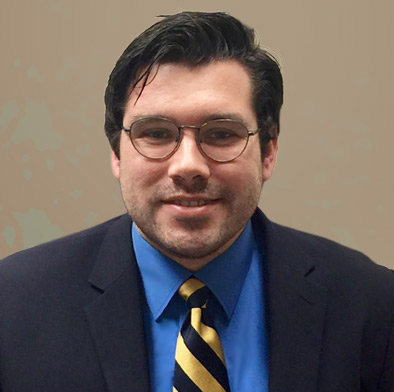 Matthew G. Finley is a trial attorney at The Law Office of Steven Barnette in Newport News, Virginia. He practices personal injury, worker’s compensation, and criminal defense. He can be reached at mfinley@valawoffice.com