Strategies for Overcoming Imposter Syndrome in the Legal Profession 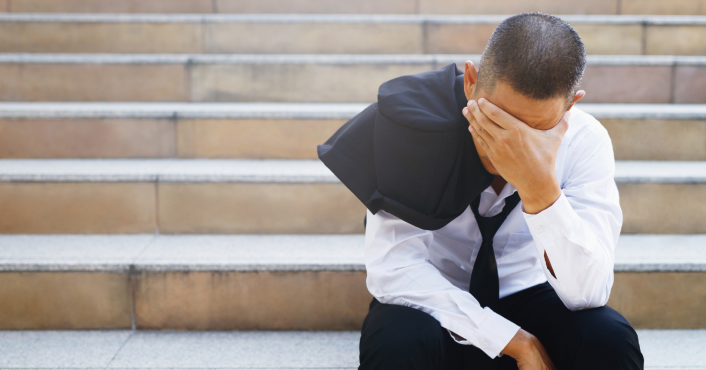 Strategies for Overcoming Imposter Syndrome in the Legal Profession

This guest post was authored by Brian S. Quinn, Esq., Education and Outreach Coordinator for Lawyers Concerned for Lawyers of Pennsylvania, Inc., a Lawyers Assistance Program established in 1988 for the purpose of helping lawyers, judges and law students recover from alcoholism, substance misuse and mental health disorders.

“I’m a total fraud and, sooner or later, everyone’s going to find out.”

Sound familiar? If you have ever found yourself saying (quietly) those words, then you may be among the many people who are dealing with Imposter Syndrome.

What is Imposter Syndrome?

Imposter syndrome, also called perceived fraudulence, involves feelings of self-doubt and personal incompetence that persist despite your education, experience, and accomplishments. While early studies focused on highly successful women, it is now clear that it can affect anyone in the legal profession – from law students to Big Law executives.

Living in constant fear of discovery, you strive for perfection in everything you do. You might feel guilty or worthless when you can’t achieve it, not to mention burned out and overwhelmed by your continued efforts. The results can be devastating.

True imposter feelings involve self-doubt and uncertainty about your talents and abilities. But what if you find yourself in an environment where your peers fail to make room for you or imply you don’t deserve your success? Along with the more traditional factors, gender bias and institutionalized racism can also play a significant part in imposter feelings. Even if only perceived, they can surely reinforce the feeling you don’t belong.

The History of Imposter Syndrome

First described by psychologists Suzanne Imes, PhD, and Pauline Rose Clance, PhD, in 1978, who referred to it as impostor “phenomenon”, as something which occurs among high achievers who are unable to internalize and accept their success. They often attribute their accomplishments to luck rather than to ability, and fear that others will eventually unmask them as a fraud.

Despite what may be overwhelming evidence of their deserved accomplishments, people who suffer with imposter syndrome remain convinced that they were “lucky” and that their luck will eventually run out and leave them humiliated among their “real-deal” colleagues.

The Pervasiveness of Imposter Syndrome

So what do Michele Obama, Lady Gaga, Tom Hanks, Justice Sonya Sotomayor, Serena Williams and Starbucks CEO Howard Schultz have in common? As you may have guessed based upon today’s topic, they are among the many well-known and highly successful people who have suffered from imposter syndrome.

Hard to believe, you say? Well according to a 2011 article in the International Journal of Behavioral Science, an estimated 70 percent of the population will experience at least one episode of impostor syndrome in their lifetimes. I like to point that out to lawyers and law firms, where there still seems to be a pervasive disconnect. While many individual lawyers (including some senior in the profession) are willing to describe their impostor syndrome and how it negatively impacts them and their enjoyment of their work and lives, many law firms as organizations deny that their lawyers struggle with this issue, definitively stating, “Look, we don’t have that problem!”

My experience says otherwise. I believe there are certain aspects of lawyering and legal training that exacerbate the problem among lawyers. The profession is synonymous with exceptional expectations, intolerance of mistakes and risk avoidance. Impostor syndrome is common in overachievers and perfectionists, so it’s no wonder many lawyers suffer from chronic self-doubt and feel like intellectual frauds.

Speaking of Perfectionism in the Legal Profession…

Some believe it is a disease of the legal profession. Lawyers tend to be perfectionists, setting impossible to meet standards for themselves and the sense that nothing is ever good enough. Lawyers are also trained to be on the constant lookout for problems and to be responsible for taking care of clients. This inherent pessimism over what might go wrong creates a sense that problems are everywhere, the true urgency of which becomes exaggerated. Lawyers also often fail to seek out help when needed, not wanting to appear weak. They also face constant deadlines set by the courts, other parties, clients, and their senior colleagues over which they have very little control.

Lawyers are served well—at least professionally—by their perfectionism. But this same perfectionism can make them feel like their work is never good enough. This sort of perfectionism is a major risk factor for burnout.

Do you feel like your work must be 100% perfect, 100% of the time? Truth is, there will never be the “perfect time” and your work will never be 100% flawless. The sooner you’re able to accept that, the better off you’ll be. Not all perfectionism is inherently bad. Experts refer to it as adaptive perfectionism.

Adaptive perfectionism is healthy and normal and relates to an intense effort that is put forth to achieve a certain goal. Adaptively perfectionistic individuals set high, but realistic standards, and don't resort to harsh self-criticism when these standards are not reached. The goal is not to slip into that “other” form of perfectionism that is maladaptive and can stand in the way of leading a happy and successful life.

Is Your Perfectionism Out of Control?

Signs of out of control Perfectionism include:

When the out of control perfectionist fails to reach a goal, they experience major self-doubt and worry about measuring up. Whether they realize it or not, this group can also be control freaks, feeling like if they want something done right, they have to do it themselves. These so-called impostors think every task they tackle has to be done perfectly, and they rarely ask for help. That perfectionism can lead to two typical responses: They may procrastinate, putting off an assignment out of fear that he or she won't be able to complete it to the necessary high standards. Or, he or she may overprepare, spending much more time on a task than is necessary.

I don’t want to leave you with the idea that imposter syndrome is only about perfectionism. Far from it. The next time I share on this blog I will look at the problem from the social context and how a law firm environment can actually increase the likelihood of developing imposter feelings among its professionals.

We will look closely at that environment and consider the quality of treatment people receive from others—particularly the types of treatment that communicates a sense of value, worth, and fitness. Individuals may very well feel like impostors when they are treated in ways to suggest they are. Similarly, such impostor feelings can also be mitigated, when these individuals are treated by others as a person of value and worth.

How to Deal With Imposter Syndrome

In the meantime, let me leave you with a handful of tips for dealing with imposter feelings.

Shame keeps a lot of people from “fessing up” about their fraudulent feelings. Knowing there’s a name for these feelings and that you are not alone can be tremendously freeing.

There are times you’ll feel stupid. It happens to everyone from time to time. You’re a Lawyer, right? Look at the evidence. Think of the clients you’ve delighted. The case you won or the deal you closed.

The good news is being a perfectionist means you care deeply about the quality of your work. The key is to continue to strive for excellence when it matters most, but don’t persevere over routine tasks and forgive yourself when the inevitable mistake happens.

4. Develop a Healthy Response to Failure and Mistakes

Instead of beating yourself up for a shortcoming, say “Wait ‘til next time !”

5. Fake it Until You Make it 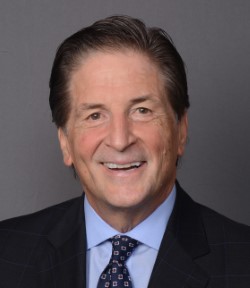 Brian S. Quinn, Esquire is a licensed attorney in Pennsylvania who currently serves as the Education and Outreach Coordinator for Lawyers Concerned for Lawyers of Pennsylvania, Inc., a Lawyers Assistance Program established in 1988 for the purpose of helping lawyers, judges and law students recover from alcoholism, substance misuse and mental health disorders.

Mr. Quinn obtained his undergraduate degree in 1970, his law degree in 1973 and a certificate in Drug and Alcohol counselling in 2012, from Villanova University. A member of the Pennsylvania and American Bar Associations, he has been a private practitioner for over 45 years, having litigated both civil and criminal matters during his career.