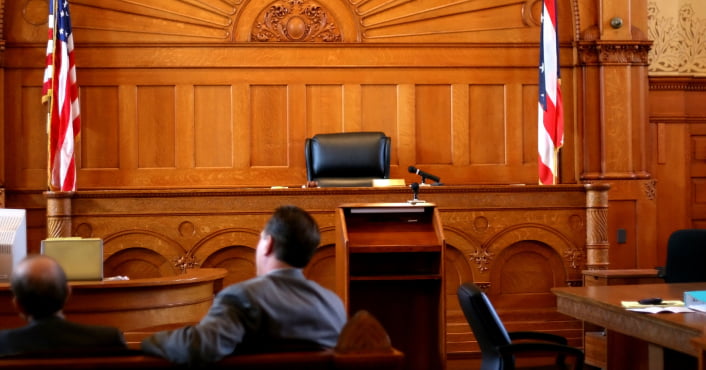 Are you making unforgivable errors when you appear in court? Some slip-ups are apparent in how judges react, but others are not so readily discerned. Though judicial preferences vary by jurisdiction, there are still some things you should keep in mind before you litigate your next case.

The Honorable Elisabeth French, presiding judge for the Tenth Judicial Circuit of Alabama, recently spoke at an exclusive, live-only NBI course “Judge Pet Peeves Every Litigator Should Know”. Since this course is no longer available to view, here are some key takeaways Judge French shared during her presentation.

It goes without saying, but Judge French stated that judges are quite busy, and the closer you file something to the deadline, the less likely it is that judges will read it. She stated, “If a hearing is set at 4 o’clock, and you file something at 3 o’clock, I’m not going to have a chance to read it. Just know that if you wait, I’m not sitting around all day waiting on your hearing. I may have 800 cases.” Timely filings are a must.

When handling discovery disputes, Judge French mentioned attorneys need to be specific. She discussed the difficulty of ruling on generalities during motions to compel. She said, “We need to rule in specific terms, not in general terms. I understand that for framing oral arguments, a lot of times lawyers will frame their arguments in general terms, and that could be helpful to give the judge an overview. It’s very difficult as a judge to rule in general terms.”

She also cautioned that lawyers should choose their battles wisely during discovery disputes. Asking for too much only leads to disappointment. She stated, “You need to pick your battles in discovery disputes before judges, and don’t get caught up in the thrill of the litigation. Make sure you stay focused on what you really need. The less you ask for, the more reasonable, and the more likely you are to get it.”

During her presentation, Judge French reminded attorneys to state their grounds for objection during a hearing. She said, “When you make an objection, you have to give the legal grounds for the objection. Standing up and just saying, objection, Judge, is not sufficient to preserve the record. You need to give the judge the grounds, whether it’s hearsay, or best evidence rule, or whatever it is.” All too often, attorneys in her courtroom merely stand up and object to something without saying why.

She also provided information on attorney use of nonverbal cues and how they are unsuitable for registering an objection on the record. She said, “If during the course of a trial a lawyer is trying to get my attention, if they raise their finger or something of that nature, I’m going to call attention to it….It’s not that I’m trying to embarrass a lawyer or call a lawyer out, but it’s inappropriate to try and give a judge a non-verbal signal for an objection on the record.”

When communicating with the bench, Judge French cautioned attorneys against stating that they need to educate her about a particular area of law. She discussed how this language is insulting to judges. In her words, “A judge does not need a lawyer to educate them on points of law. .... From a judge’s perspective, when a lawyer comes to the courtroom and says, “I’m about to educate you about something, that can come off as insulting, and that is a great example of how NOT to communicate with your judge.”

She cautioned against using PowerPoint presentations to discuss standards of review, as opposed to facts in dispute in such areas as motions for summary judgment. She said, “Don’t come in there and show me a PowerPoint about the standard of review for Summary Judgment because I have had probably 8,000 summary judgment hearings in the past few years.”

Losing Your Credibility With the Bench

Judge French stated during her presentation that “the number one best way to lose your credibility with a judge would be to be caught in a misrepresentation.” This extends to situations where witnesses don’t show up at their appointed time to testify. If you are unsure when a witness will arrive, just say you don’t know.  She “would rather somebody just tell me the truth so that I can deal with it rather than misrepresent to me to buy time.”

One of the biggest pet peeves of many judges, including Judge French, is lawyers who try to run the courtroom. She mentioned that this is something some seminars recommend attorneys do when litigating a case. This is not always wise, however. She said, “I don’t think that’s great advice because the judge runs the courtroom…..That is not your job to take over that courtroom.”

This also extends to breaks. Judge French mentioned that break times are up to her. Although she is willing to make exceptions in emergencies, telling judges that a break is needed is unacceptable. She said, “Don’t try to run the courtroom to the point of looking at the judge, and you telling the judge who is there every day, now is a good time for a break. You may not like the response that is coming in.”

One of Judge French’s final points was to be respectful during cross-examination. She mentioned there is a difference between an effective cross examination and an all-out argument with a witness, though she noted the adversarial nature of the process. If she noticed this in her courtroom, she would jump in. She said, “You can try your case, but you cannot disrespect and destroy this witness on the stand. You can discredit. You can impeach. But you cannot destroy a witness on the stand."

Judge French did mention that the pet peeves she discussed in her presentation are not typically seen by other judges or by her, but they do happen. Nonetheless, it is still good to keep these things in mind the next time you litigate a case.

NBI offers an extensive catalog of CLE courses in multiple formats. From Live Online Seminars to Downloadable courses, you can get the legal training you need on 35 different topic areas, including litigation. NBI also offers Unlimited CLE passes for individuals and for legal teams.