Insights Beyond the Law: Fundamentals of Negligence Related to Spine Surgery and Surgical Delays

Spinal cord injuries are life-changing events, and litigation is a near certainty when paralysis or other complications can be attributed to medical negligence. Many malpractice claims involving spine surgery come down to highly contested allegations of diagnostic errors, delays in treatment, or surgical complications.

To successfully handle these cases, attorneys must be able to inform legal strategy with an acute understanding of the medical issues and evidence at hand. For an inside look at key elements of negligence in spine surgery cases - with first-hand insight from the lead attorney on a $5M+ spine surgery case - join Dr. Jeffrey Fischgrund and Attorney Katherine McArthur for this fifth installment in Insights Beyond the Law.

Get expert guidance on spine anatomy, treatment, and eight of the most common conditions that lead to spine surgery litigation. Attorney Katherine McArthur will then share actionable insights from a multimillion-dollar cauda equina syndrome case she piloted, where delayed surgical treatment led to catastrophic neurological complications. The speakers will remain for audience questions at the conclusion. 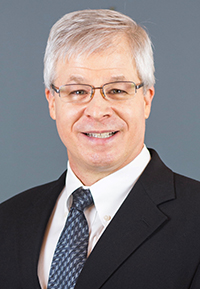 DR. BURTON BENTLEY II, M.D., FAAEM, is a board-certified Emergency Medicine physician and a nationally recognized authority on medical liability, informed consent, and complex issues at the intersections of Medicine, Business & Law. As CEO of Elite Medical Experts, Dr. Bentley and his team have consulted on over 8000 medicolegal matters totaling over $3B at risk. Dr. Bentley secured a Bachelor of Science in Biochemistry as a Phi Beta Kappa graduate of the University of Arizona before earning his medical degree at the same institution where he was awarded Alpha Omega Alpha before graduating at the top of his class. Dr. Bentley then completed a residency in Emergency Medicine at the Medical College of Wisconsin where he served as a flight physician on nearly 100 emergency missions. He then practiced full-time Emergency Medicine as a Partner at Northwest Tucson Emergency Physicians for 21 years before stepping out to pursue a novel medical device that he patented and commercialized in 2016. Throughout his entre clinical career, Dr. Bentley consulted on complex medicolegal issues, and in 2010 he founded Elite Medical Experts, a consulting firm that aligns Professors of Medicine and Surgery as consulting and testifying experts in complex litigation. Elite serves over 4000 clients across the United States including law firms, governmental entities, corporate entities, and insurers. Dr. Bentley lectures extensively on medicolegal topics and consults strategically on medical negligence, informed consent, risk mitigation, and crisis management at the clinical practice level. More recently, Dr. Bentley co-founded Consent Spectrum, a digital platform to optimize informed consent for nearly every aesthetic medical procedure. 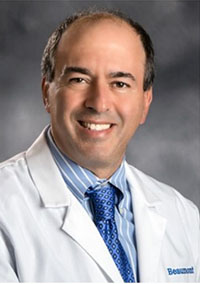 DR. JEFFREY FISCHGRUND, MD, is the chair of the Orthopaedic Department at Beaumont Hospital, Royal Oak in Michigan. He also serves as the Chief of the 15 Clinical Care Programs (service lines) for Beaumont Health, an eight-hospital system in southeast Michigan. Dr. Fischgrund holds a faculty appointment as Professor and Chair of the Department of Orthopaedic Surgery at the Oakland University William Beaumont School of Medicine. As a leader in spinal research, he has designed and led dozens of clinical trials nationally and internationally. His spinal stenosis studies are quoted extensively, and his early research on the use of Bone Morphogenetic Proteins (Infuse) resulted in their widespread use in spinal surgery. Dr. Fischgrund has authored more than 125 peer-reviewed papers and book chapters on spinal pathology. His recent research focused on the use of radiofrequency ablation for the treatment of chronic low back pain. He was the Principal Investigator on a recently completed prospective randomized study comparing the results of basiveterbral nerve ablation against "sham" surgery for patients with refractory low back pain. The successful conclusion of this study led to the FDA approval of a novel technique for the treatment of this common condition. This procedure is now offered nationwide and offers a minimal invasive outpatient surgical technique, for those who might otherwise require a spinal fusion. Dr. Fischgrund was the Editor-In-Chief of Orthopaedic Knowledge Update 9, the official American Academy of Orthopaedic Surgeons review textbook. He completed his 7-year tenure as the Editor-In-Chief of the Journal of the American Academy of Orthopaedic Surgeons, and now serves as Editor Emeritus. Dr. Fischgrund currently serves as the founding Editor-In-Chief of the Journal of the American Academy of Orthopaedic Surgeons, Global - the official open access journal of the American Academy of Orthopaedic Surgeons. He practices in southeast Michigan and has performed over 7,500 spinal surgeries on a range of pathologies. Originally from Brooklyn, NY, Dr. Fischgrund completed his undergraduate Bioengineering degree at the University of Pennsylvania, medical school at George Washington University and Orthopaedic residency at the University of Maryland. His spine surgery Fellowship was under the mentorship of Dr. Harry Herkowitz at Beaumont Hospital. 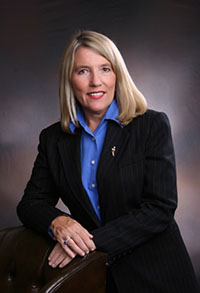 KATHERINE L. McARTHUR, Esq., is a practicing attorney and Principal of the McArthur Law Firm, a top-rated firm offering premier legal services with offices located in Macon and Atlanta, Georgia. Backed by forty-one years of experience, she focuses her prestigious practice on medical malpractice, wrongful death, truck wrecks, and automobile wrecks. In preparation for her career, Ms. McArthur received her Bachelor of Science in Business Administration degree from the University of North Carolina in 1976, graduating Phi Beta Kappa. Subsequently, she obtained her J.D. degree from the University of North Carolina School of Law, Chapel Hill, in 1979. Ms. McArthur has established herself as a leading legal advocate. As a dynamic, results-driven leader, she has demonstrated success not only as an attorney but in every position she has ever held. Before opening her practice in 2007, Ms. McArthur worked as an attorney at Reynolds & McArthur from 1980 to 2007. During her tenure, she tried various personal injury cases and became a partner in 1982. Since establishing McArthur Law Firm, Ms. McArthur has secured over $250 million in recoveries for her clients. As a testament to her success, she has received various awards and honors. Recognized as one of the Top 10 Lawyers in Georgia for 2019, 2020 and 2021 by Super Lawyers and as a Best Lawyer in Medical Malpractice and Plaintiff’s Injury Litigation by Best Lawyers in America every year since 2013 and 2015, Ms. McArthur is a pioneer in her field. She is an elite member of the International Society of Barristers (2013) and has been designated as a Top Lawyer in Georgia by the National Law Journal since 2013. Notably, Ms. McArthur is the recipient of the Georgia Woman of Achievement Award in 2000 by The Georgia Association of Women Lawyers. Named Lawyer of the Year in 2005 by Macon Bar Association, Ms. McArthur holds AV Preeminent Peer Review Rating through Martindale-Hubbell for 31 years. As a seasoned litigator and active member of the legal community, Ms. McArthur is a respected member of the National Trial Lawyers, Georgia Trial Lawyers, American Association of Justice, National Board of Trial Advocacy, million Dollar Advocates Forum, and Multi-Million Dollar Advocates Forum. Notably, Ms. McArthur served as President for the William Augustus Bootle American Inn of Court and the Georgia Chapter of the American Board of Trial Advocates in 2003-2004. She has spoken extensively at seminars and was quoted in The New York Times and appeared on the Joy Behar Show on the topic of the dangers of cell phone use and driving. Ms. McArthur is married to Waldo E. Floyd III, M.D., hand surgeon with OrthoGeorgia in Macon. She has two daughters - Lindsey Macon (31), who joined McArthur Law Firm-Atlanta as an attorney a year ago, and Holly Stephens (27) a third-year law student at UGA.